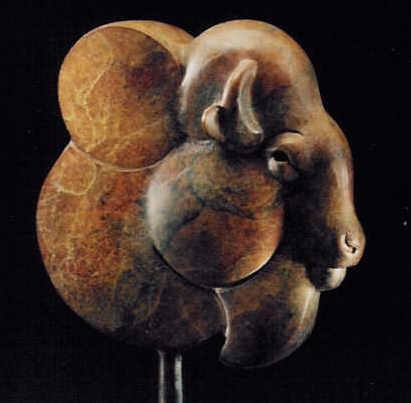 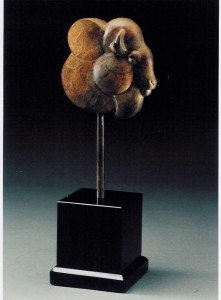 The bison is an icon for the west, both past and present. The westward movement and mere existence of life on the plains was linked with the bison from the abundance, to the demise, to the revival.  The design of “Bison Medallion,” is a repetition of circles, relating to that circle of life.

This design was used to create the 2012 Bolo for the Prix de West Art Exhibit in Oklahoma City at the National Cowboy and Western Heritage Museum. “It is a great honor to have created the 2012 Prix de West bolo, following in the footstep of so many great sculptors and mentors.”

Also, this is the maquette for the monumental pieces placed in the Jackson, WY Airport.

Inquire about this piece